UN Climate Action Summit 2019 – What has been promised? 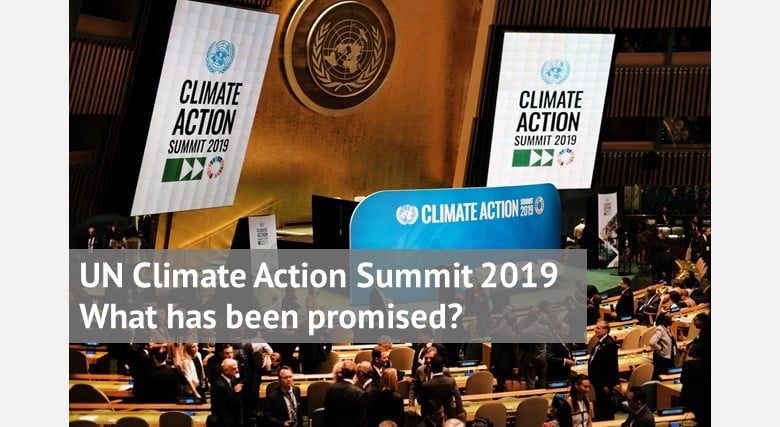 ”I want to hear about how we are going to stop the increase in emissions by 2020, and dramatically reduce emissions to reach net-zero emissions by mid-century.” This was the invitation from the UN Secretary-General António Guterres to all leaders to come to New York on the 23rd of September with “concrete, realistic plans to enhance their nationally determined contributions by 2020, in line with reducing greenhouse gas emissions by 45% over the next decade, and to net zero emissions by 2050”. And the world leaders arrived-the PMs, the heads of states and the upper echelons of the business world. And their words were scrutinized by the youth leaders who came to express their fears and concerns. So, what did these leaders promise?

The Prime Ministers of all world’s governments arrived in New York to take part in the Climate Acton Summit. After discussing the current state of affairs regarding climate change, the political leaders made the following commitments:

It could be said that some of these promises are a good base for concrete and feasible plans, but how the countries will achieve a carbon free future has not been laid out in details. Will they make bold political decisions to abandon all fossil fuels? Still, there was not a single promise on that.

Again, the private sector has demonstrated willingness to make steps to adjust their business plans and strategies in line with the national and international goals and targets to reduce CO2 emissions by 2020 and net zero emissions by the middle of the century. Yet, there were no detailed plans laid out on how the companies plan to contribute and if they are ready to make some harsh business decisions.

Will the promises be kept?

The UN Climate Action Summit ended on a positive note, that is if all the promises are taken into account. Yet, these promises were made in the recent past as well, however the world is still fighting its battles against climate change. But will these ones be kept? Well, it remains to be seen. As the UN Secretary-General António Guterres, said “You have delivered a boost in momentum, cooperation and ambition. But we have a long way to go.”

Share
Tweet
Share
← Achieved SDGs progress can be reversed if there is no change in direction, new UN report reveals Can the principles of Sustainable Development reshape capitalism? →
Book an appointment