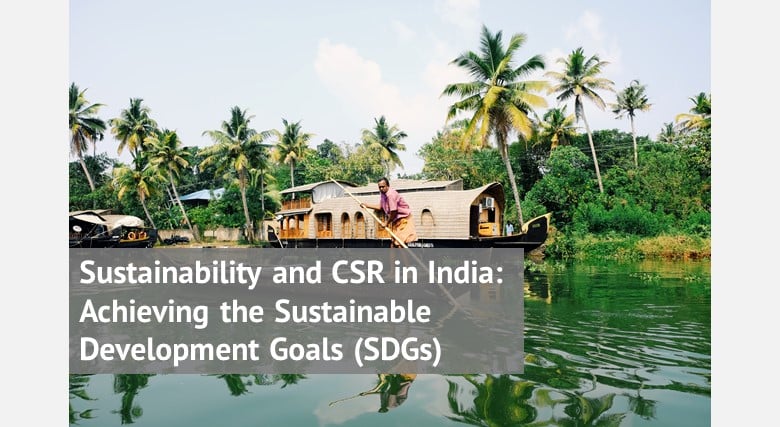 Following China, India is the second most populated country in the world. Prior to late 1980s, India’s economic development was sluggish and slow with the annual growth rate around 3.5% from 1950s to 1980s and per capita income growth of 1%. Yet, in the mid-1980s India started the process of economic liberalization and introduced fundamental reforms since 1991 that made the country progressed towards a free market economy. These reforms have enhanced the country’s economic development and today India is the world’s third largest economy in purchasing parity terms.

Nevertheless, the economic growth has not been equally distributed and has been one of the key causes of the degradation of the environment. Namely, the top 0.1% of earners in India captured a higher share of total growth than the bottom 50%, with the top 1% receiving more than the middle 40%. When it comes to environment, the country’s key challenges are air pollution, waste and access to water. Indian cities make up 10 of the top 20 globally for annual PM2.5 concentrations and one in eight deaths in India in 2017 was attributable to air pollution. Also, it has been estimated that 62 million tons of urban solid waste in India is produced each year, of which, 80% is indiscriminately disposed of at dumps. Moreover, India is faced with extreme water crisis and it has been estimated that 600 million people in India face high to extreme water stress. Moreover, India is the world’s third largest emitter of greenhouse gases (GHGs), after China and the US. However, despite all these issues the country is faced with, India has taken serious measures to tackle the sustainability issues and pledge to do even more regarding sustainability and sustainable development.

India as still a developing country has taken many measures to tackle and resolve its key sustainability issues.

According to the 2019 global Multidimensional Poverty Index, over 640 million people across India were in multidimensional poverty in 2005/2006 and that fell steeply to slightly more than 365.55 million by 2016/2017 – an impressive reduction of 271 million with strong improvements in areas such as “assets, cooking fuel, sanitation and nutrition”. This achievement can be attributed to the governments’ ambitious initiatives and measures to tackle the issue of poverty by improving living standard such as improving electricity access. For instance, 70% of the population had electricity access in 2007 and that increased to 93% by 2017. Also, between 2006 and 2016, India reduced deprivation in nutrition from 44.3% to 21.2%, child mortality dropped from 4.5% to 2.2%, people deprived of cooking fuel reduced from 52.9% to 26.2%t, deprivation in sanitation from 50.4% to 24.6%, those deprived of drinking water reduced from 16.6% to 6.2%.

When it comes to addressing environmental issues and climate change, India has enacted laws and made pledges to support the Paris Agreement. The present legislative framework is broadly contained in the umbrella Environment Protection Act 1986, the Water (Prevention and Control of Pollution) Act, 1974, the Water Cess Act, 1977, and the Air (Prevention and Control of Pollution) Act, 1981. The National Environment Policy that was adopted in 2006, has set the objectives to address the key environmental challenges: Conservation of Critical Environmental Resources, Intra-generational Equity: Livelihood Security for the Poor, Inter-generational Equity, Integration of Environmental Concerns in Economic and Social Development, Efficiency in Environmental Resource Use, Environmental Governance, and Enhancement of Resources for Environmental Conservation. The policy objectives indicate that sustainable development is its underlying principle. Moreover, India’s national climate action plans set three major goals—increase the share of non-fossil fuels to 40% of the total electricity generation capacity, to reduce the emission intensity of the economy by 33 to 35% by 2030 from 2005 level, and to create additional carbon sink of 2.5 -3 billion tons of CO2 equivalent through additional forest and tree cover. In this respect, India recently became the third largest solar market in the world, following on from ambitious target set by the government in 2015. Also, when it comes to the emissions intensity of GDP, India has brought it down by 21% below 2005 levels by 2014. At this average annual rate of 2%, it is likely that India will meet its Paris goal nearly a decade ahead of 2030.

The role of business should not be underestimated in addressing sustainability challenges in India. Research from the Reporting Exchange shows that there are 31 ESG reporting provisions in India and over 60% of the Indian reporting provisions are mandatory. Environmental matters make up the most common reporting area in India, with 87% of reporting provisions considering environmental issues. In 2013, India updated its Companies Act to introduce Section 135, which requires companies to establish a Corporate Social Responsibility (CSR) committee of the board, develop CSR policies, spend 2% of profits on CSR causes and report on these activities.

India to play a greater leadership role in the global arena

India has already shown leadership in combating climate change and meeting the Sustainable Developmental Goals (SDGs), as is reflected in many of its developmental schemes, programs and initiatives. As the country that has undergone rapid economic growth and the one that has the second largest population in the world, there is no doubt that India’s success will be central to the world’s collective ambition of ending extreme poverty and promoting shared prosperity, as well as for achieving the 2030 Sustainable Development Goals (SDGs).

Photo by kyran low on Unsplash

Share
Tweet
Share
← The IPCC’ Special Report on Climate Change and Land: Your Questions Answered Food Waste: How does it Affect Global Sustainability and how to Reduce it →
Book an appointment