China and Sustainable Development: Growth and Future Challenges in achieving the SDGs 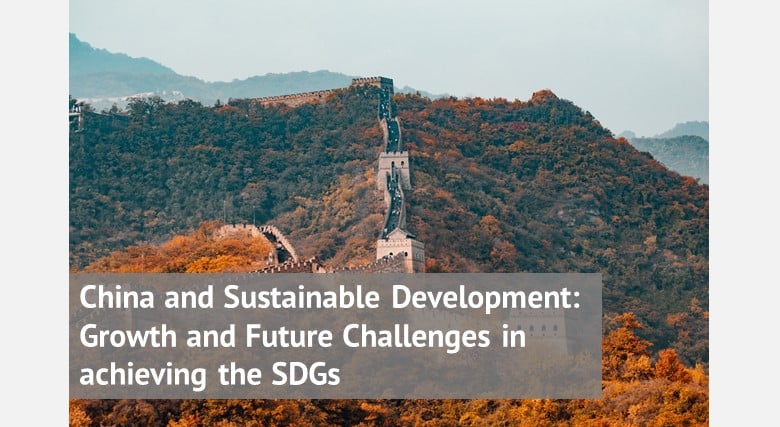 China is today a synonym for growth, prosperity and innovation. Over the past forty years, after embarking on economic reforms, China has emerged as a major global economic force. Yet, all this growth has come with many negative consequences such as growing inequality gap and environmental degradation. Namely, the poorest 25% of households own just 1% of all wealth in China while the richest 1% account for one-third. Moreover, due to the restrictions on migration, the urban-rural divide and discrepancy is still high. China’s economic growth is based on the use of coal and other fusel fuels and environmental degradation is a huge issue. There are estimated 1 million deaths in China annually caused by air pollution. Also, China is the world’s largest greenhouse gas emitter and increased fossil-fuel consumption drove an estimated 2.3% increase in Chinese CO2 emissions in 2018. However, despite all these issues the country is faced with, China and pledge to invest heavily in sustainability and sustainable development and the SDGs.

What has China achieved so far?

In 1978, China started reforms to improve its economy and the living standard of its citizens, and until today more than 800 million Chinese citizens have been lifted out of poverty, which accounts for over 70% of global poverty reduction in this period. Also, China is the only country to have progressed from the low to high category on the human development index since the United Nations Development Programme was introduced in 1990. Along with rapid and tremendous economic achievement, China has been dedicated to improving the lives of Chinese people. In his speech at the 19th National Congress of the Communist Party of China, President Xi Jinping said that there had been decisive progress in the country’s fight against poverty in the period 2012-2017, pointing out that more than 60 million people had been lifted out of poverty, and the poverty headcount ratio had dropped from 10.2% to less than 4%.

When it comes to tackling the environmental and climate change issues, China has made huge and immense improvements. During the last two decades, China economic development and sustainable environment have been regarded as the key components of its development strategy. Namely, China has applied regulatory, administrative, and political measures to control the problem of greenhouse gas emissions and stringent environmental protection measures are set at national, provincial, and lower district levels to meet the challenges of sustainable environment. The country’s apparent turn to green development can be seen in the facts that nearly all of the world’s electric buses are currently operating in China and the country accounts for half of electrical vehicles sales worldwide. Since the turn of the new millennium, the planet’s green leaf area has increased by 5% and a third of the leaf increase is attributable to China and India, due to the implementation of major tree planting projects alongside a vast increase in agriculture. Moreover, that the country is dedicated to successfully implement its strict environmental measures is depicted in the fact that costs of complying with China’s environmental protection laws are rising as companies operating there are faced with higher compliance costs, more frequent inspections, and a swath of new laws and regulations on emissions. These and even stricter measures to come prove that they are becoming China’s “new normal”.

What to expect from China in the recent future?

China’s 20th century growth had physical capital at its core. China has shown how the growth and outstanding achievements can be realized within relatively short period of time. Its 14th Five-Year Plan (2021–25) will be a crucial element in shaping this new era, for China and for the world. China as the 2nd largest economy in the world has an unprecedented opportunity to lead the world into a sustainable future. It could be expected that “China will transform again in the next 30 to 40 years but this time with wellbeing, quality and sustainability at centre stage and its 21st century growth story will be based on the accumulation of four types of capital central to human wellbeing – human, social, physical and natural’’. Moreover, given the current state of affairs, this transformation will not stay only within China’s borders. Through the Belt & Road Initiative (BRI) project, the country has an opportunity to help both developing and developed countries that joined this initiative to achieve Sustainable Development Goals (SDGs) through green, sustainable and well-planned investments and also to help the poorer nations move up the value chain through market access and infrastructural development. According to the British finance minister, Philip Hammond, ‘‘the Belt and Road Initiative has tremendous potential to spread prosperity and sustainable development, touching as it does, potentially 70 percent of the world’s population, a project of truly epic ambition’’.

Will China be a key player in achieving the Sustainable Development Goals? If its outstanding achievements during the last four decades are taken into account, then the answer is positive.

Photo by Hanson Lu on Unsplash