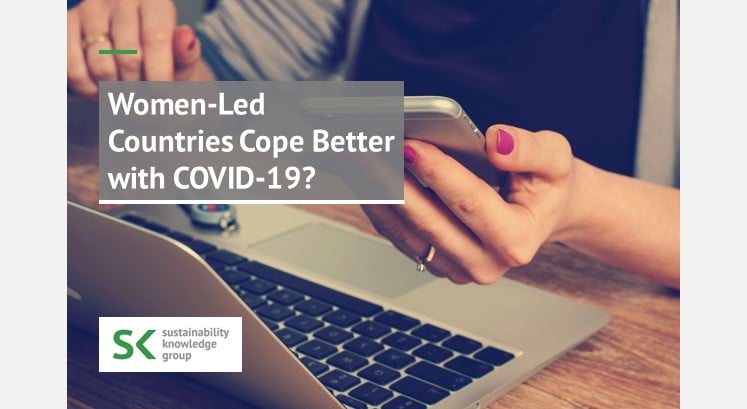 In the aftermath of the 2008 financial crisis, reports showed that institutions and countries with higher representation of women in leadership, particularly in the financial sector, suffered less from the global economic crisis. This has increased calls for more outstanding gender balance in leadership, and Europe has seen an estimated increase from 15% in 2007 to 34% in 2016 in women’s representation on Boards of Directors in central banks.

Since the COVID-19 pandemic, the media has shed light on the relationship between women leaders at the helm of various countries and the effectiveness in handling the COVID-19 crisis. The performance of the women-led countries, which are about 10% of the world’s countries, has been very positive.

The actions of female leaders, particularly in New Zealand, Denmark, Finland, Germany, Iceland, Norway, Taiwan and New Zealand have been cited as supporting evidence that women are handling the crisis better than their male counterparts.

What could be the reason?

A research study conducted by the University of Liverpool and the University of Reading, titled “Leading the Fight Against the Pandemic: Does Gender ‘Really’ Matter?,” explains the main reasons. The women-led countries have performed better, especially in terms of the number of deaths. To understand why, the researchers found that female leaders quickly and decisively closed down their countries with fewer deaths than their male counterparts. On average, they had 22 fewer deaths on lockdown than their male counterparts. In addition to compassionate leadership, the standard features of these leaders’ success were humility, pragmatism, benevolence, confidence in collective instinct, mutual assistance, flexibility, and more resilient leadership style. Women tend to feel more sympathy, to be more democratic and tend to have better communications skills. It can be said that women leaders avoid risking human lives, but they are willing to take great risks regarding the economy.

Indeed, during the onset of the current crisis, much risky behaviour was issued by male leaders. Brazilian President Jair Bolsonaro denied the COVID-19 virus, describing it as “It’s just a little flu or the sniffles“. So far, the number of people infected in Brazil has reached more than 4 million, making Brazil the third country in the world in terms of cases of COVID-19. In the United States of America, President Donald Trump played down the importance of the outbreak of the COVID-19 in the country. He described the virus as a “new trick” and compared it to seasonal flu. Now the United States of America is the first country in the world in terms of the number of people infected and the number of deaths.

Are all women leaders doing a better job than men during crisis?

Not all female leaders are doing well. Despite the precise results achieved by women-led countries, it isn’t easy to assert that female leaders are better at facing the COVID-19 challenge. For example, Belgium, which is headed by a woman, performed poorly in terms of cases and deaths, as it has the highest death rates per person in the European Union (854 deaths per million people). In addition, out of 194 countries surveyed by researchers, only 19 are run by women, and any conclusion should take this into consideration. In addition to all that has been mentioned, the following two points should also be taken into account: first, the epidemic is still present, and this means that a lot could change in the next few months, and second, the quality of the data currently available is not always accurate, in the sense that the number of cases and deaths may be less or more than recorded.

COVID-19 has provided many lessons in leadership, and many of the most successful leaders in government and business have demonstrated strong and effective crisis management skills. It has also showed the superiority -so far- of countries and organizations in which women occupy leadership positions, which allow us to conclude that more equal societies almost always do better. Indeed, not all countries led by women have low mortality rates, but, no matter who the leader is, there appears to be a “valuable leadership lesson here: empathy, warmth, clear communication, and transparency serve  important purpose”.

Photo by William Iven on Unsplash