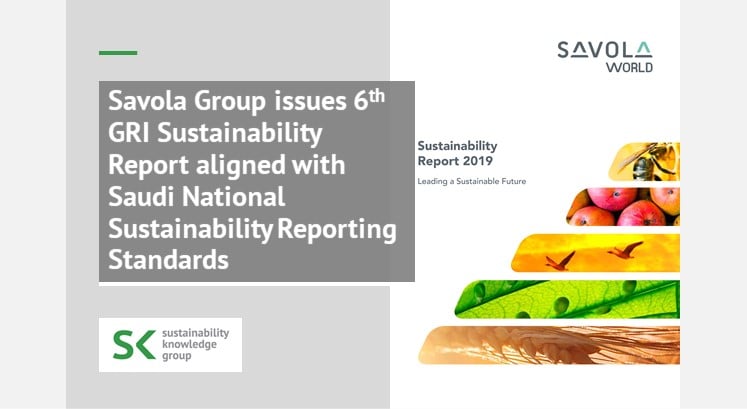 Savola Group is one of the leading strategic investment holding Groups in the food and retail sectors across the Middle East, North Africa and Turkey (MENAT) Region. Throughout 40 years of excellence, Savola maintains a diverse and expanding portfolio of assets. Across the verticals in food and retail, Savola operates the largest retail store chain in Saudi Arabia and produces much-loved everyday household products including edible oil, sugar, pasta, bakery products and frozen foods distributed to more than 50 countries.

The Sustainability Report is downloadable at the links below: