Recycling, Plastic and the Future of Waste 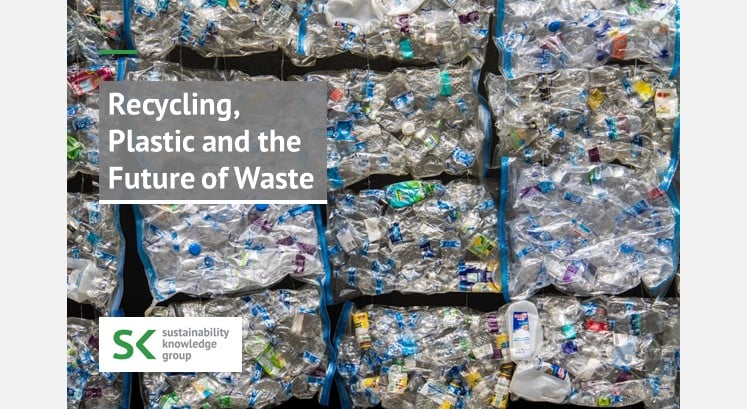 The waste recycling industry has become an important discussion point in the contemporary world. Over the years, the population’s rate of resource consumption has quadrupled compared to 1970. Although consumption has increased globally, the global recycling rate has decreased from 9.1% to 8.6% in the past two years.

The importance of recycling lies in the fact that it reduces the demand for natural resources. According to the 2016 Carbon Trust report “Supply Chain Transformation and Resource Efficiency”, the cost of remanufacturing a product is generally 40% to 65% less than making a new product. In addition, the same report highlights, that “remanufacturing typically uses 85% less energy than manufacturing, with corresponding carbon emission savings”.

Brands are heading for recycling

As for KELLOGG’S, they have successfully recycled their Pringles snack containers. Pringles containers are complex in terms of construction, consisting of a metal base, plastic cap, metal tear-off lid, and foil-lined cardboard sleeve. After many experiments, KELLOGG’S has succeeded to convert about 90% of the new Pringles containers to paper, and about 10% is a polyal (plastic) barrier that seals the interior to protect the food. Although it is a positive step towards environmentally friendly packaging, Environmentalists see them as trivial changes that will not considerably contribute to solving environmental problems.

Is recycling a lie?

Companies specializing in recycling and waste management have spread all over the world, aiming to transform countries’ economies into a greener alternative. Recycling companies from around the world were sending around 7 million tons per year of plastic waste to China, which is an estimated 70% of the world’s plastic waste. For years, China has been recycling plastic waste and has benefited from processing it and selling the resulting raw materials. In 2018, Chinese governance threw a thunderbolt on the global recycling business, when it decided to close its doors and cut all waste imports. China and Hong Kong went from buying 60 per cent of the plastic waste exported by G7 countries during the first half of 2017, to taking less than 10 per cent during the same period a year later. What this meant?

“None of this plastic will be turned into new plastic things. All of it is buried” as per Rogue Disposal & Recycling, which like most recycling companies was sending plastic waste to China. One of the main issues in plastic recycling, its cost. It is costly to pick up, sort and melt it. Plus, plastic degrades every time it is reused, making it only reusable once or twice. When looking at the new plastic, in addition to being of better quality, its cost is so low that even now recycling of plastic waste cannot be economically justified.

All of these problems have been around for decades, but public awareness is still low. Regardless of the new recycling technology or the more expensive machinery developed, according to the latest Environmental Protection Agency (EPA) statistic, so far, less than 10% of plastics have been recycled. But this does not change that fact that in September 2018, the World Bank announced that our global waste production is predicted to rise by 70% by 2050 unless we take urgent action. Humankind currently produces two billion tonnes of waste per year between 7.6 billion people. The European Union produces more than 2.5 billion tonnes of waste every year. The Global Waste Index tracks global performance and reveals shocking results.

Final word: we need to move away from recycling

Manufacturing with recycled materials consumes less energy compared to manufacturing with raw materials. Recycling also reduces greenhouse gas emissions, whether from waste incinerators or landfills. But still, in order to reduce waste, we need to move away from recycling! We need to rethink our economy adopting a circular economy approach.

In a properly built circular economy, one should rather focus on avoiding the recycling stage at all costs; as preventing waste from being created in the first place is the only realistic strategy. In a linear economy, based on the take-make-waste extractive industrial model, where waste has inevitably the centre stage, we do not account for the side-effects generated by a product once sold to an end customer. According to Ellen MacArthur Foundation, circular economy is a framework that is “restorative and regenerative by design”. “It entails gradually decoupling economic activity from the consumption of finite resources, and designing waste out of the system”. it means reducing waste to a minimum.

Moving towards a more circular economy could deliver tangible benefits, including creating 580,000 jobs in the EU alone. Measures such as waste prevention, eco-design and re-use could save EU companies €600 billion – equivalent to 8% of annual turnover – while also reducing total annual greenhouse gas emissions by 2-4%. In March 2020, European Commission adopted “A new Circular Economy Action Plan” to accelerate the transition towards a regenerative growth model…a model without waste. Till then, if you cannot refuse plastic, recycle it!

Photo by Nick Fewings on Unsplash