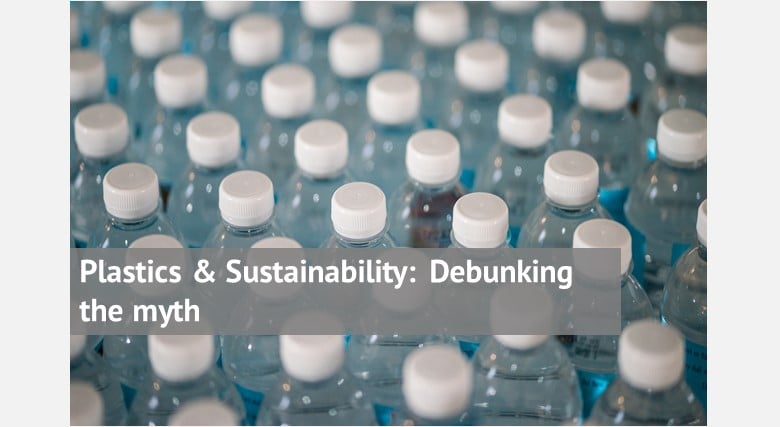 When Leo Baekeland created Bakelite, the first real synthetic, mass-produced plastic in 1907, little did we know of the growing concern over its extensive usage and its impacts on the environment and people’s health in just over 100 years. Still, there are so many not well-known facts regarding the usage of plastics. Why have plastics become so widely used? What is the economic rationale behind it? How can they harm the environment and threaten human health? How can we reverse their damaging effects?

The omnipresence of plastics

The mass production of plastics started in the 1940s and since then they have been used widely not only for packaging but also in building and construction, textiles industry, consumer and institutional products, transportation, electrical/electronic industry and industrial machinery. The global production of plastics increased from 1.5 million metric tons in 1950 to nearly 350 million metric tons in 2017. With numerous applications due to their light weight, strength, durability, cost-effectiveness and ability to be moulded into any possible shape, plastics have brought many benefits to society and there are countless end products that contain at least a tiny part of plastics. In 2016, the global market for plastic products was worth $1.1 trillion and since the market is growing at about 3% year on year, it is expected to worth $1.2 trillion by 2020. When it comes to regional distribution of global plastics production, Asia is the largest producer of plastics counting to 50.1%, followed by Europe (18.5%) and NAFTA (the United States, Mexico and Canada) (17.7%). This ever- growing rise in production is largely contributed to cost effectiveness and high-durability, especially in packaging industry.

According to the Plastics and Sustainability: A Valuation of Environmental Benefits, Costs report, “the total environmental cost of producing plastic materials for the consumer goods sector was over $60 billion in 2015, and the transport of these materials to market added a further $53 billion in environmental costs (totalling over $113 billion per annum)”. Even though people have recently started cutting down on consumption of plastics, the damage that have been done to the environment, wildlife and especially oceans is enormous. According to the Ocean Conservancy, in less than 10 years, scientists predict there will be 250 million metric tons in the ocean and by 2050, there will be more plastic in the oceans than there are fish. Plastics that find their way to the oceans, usually end up being eaten by marine animals with devastating and life-threatening consequences. Yet, the main concern are not plastic products that are visible but microplastics (either manufactured or created when plastic breaks down) that cannot be easily noticed. Their ingestion has been widely reported in marine organisms, including seabirds, fish, mussels, worms and zooplankton and in this way, they can find their way to humans through the food chain.

What is good about plastics?

It seems that after the world has realized all damaging effects of plastics, it has started diminishing all their benefits. According to the Plastics and Sustainability: A Valuation of Environmental Benefits, Costs report, “substituting plastic in consumer products and packaging with alternatives that perform the same function would increase environmental costs from $139 billion to a total of $533 billion”. Apart from that, plastics can contribute to significant environmental benefits and energy efficiency in the use phase. For instance, the use of light plastic parts in automobile industry leads to reduction in vehicle weight that translates into fuel-efficiency and eventually into a reduction in carbon dioxide emissions. Moreover, plastic insulation in the walls, floors, attic, and roof of buildings keeps heat in during the winter and out during the summer, drastically contributing to energy efficiency.

Currently, although plastics are regarded to be one of major contributors to the global pollution, negatively affecting the environment; they also contribute to energy efficiency and reduction of CO2 emissions and their deployment should be managed wisely. According to the latest report by the World Economic Forum and Ellen MacArthur Foundation, applying circular economy principles to global plastic packaging flows could transform the plastics economy and drastically reduce negative externalities such as leakage into oceans. Moreover, the more sophisticated waste management both in developed and especially developing countries could be a solution to pollution caused by plastics. Even though, in ten years, plastic packaging recycling has increased by almost 75%, there are still huge amounts of plastics transferred to landfills especially in the countries which lack solid waste management systems. So, what can be done? Responsibility to tackle plastic pollution issue lies with governments that need and should regulate single-use plastic, encourage post-consumer recycling and reward business or production models that are radically innovative. Often, legislation is slow to come to fruition, companies are hesitant to invest in new applications and we also have to battle the misconceptions, deep-rooted mindsets and concerns about plastics and their alternatives. Taking personal responsibility to end plastic pollution is the first step towards an urgent solution. To put the world on a safer climate trajectory and secure a sustainable future for humanity, everyone is expected to make at least a modest, valuable nonetheless contribution, and facilitate the transition from “take, make, dispose” to a more sustainable alternative model.

Photo by Jonathan Chng on Unsplash